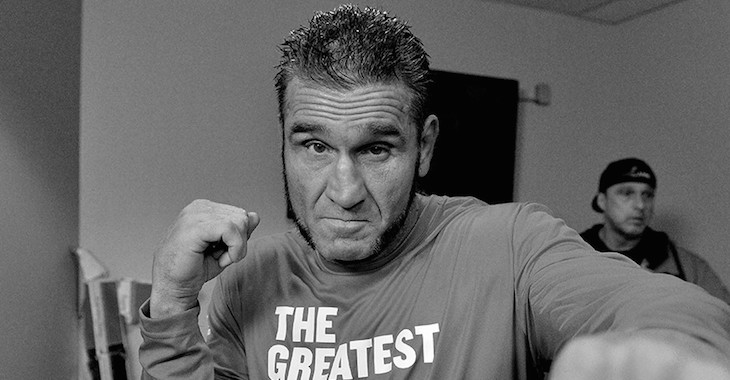 When Ken Shamrock lost to Kimbo Slice at Bellator 138 via TKO there were many who speculated that the fight was fake.

The first thing that was strange about the fight was that Kimbo and Shamrock were clinched with their faces out of view and both fighters had their mouth near the other’s ear.

Second, Shamrock had Slice’s back and sunk in a rear-naked-choke, however Shamrock was unable to finish the choke. After the pair made their way to their feet Slice TKO’d Shamrock.

Joe Rogan was one viewer who accused the fight of being fake, and that didn’t sit too well with Ken Shamrock.

“When someone like that, who has a trusted following, they’re trusting him to know what he’s saying,” Shamrock said of Rogan. “Trusting him to be honest and to have true information to back it up whatever he’s saying so he doesn’t hurt anybody. These people fall in behind him and say, ‘We’re with you, Joe Rogan because we believe that you’re not going to say anything that’s not true.’

“Don’t be hiding behind your mic and saying things that are not true. I would never lose to him. I don’t want to lose to him, but just like anybody else, when you do, you have to swallow the pill and move on. You shouldn’t have said that. You were wrong.”