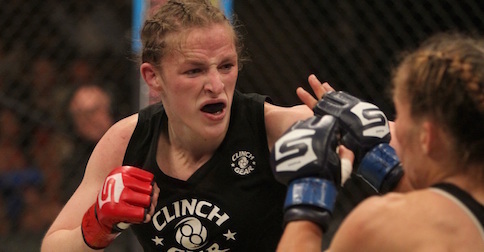 “I honestly don’t know why I’ve yet to have a fight booked as I’ve been cleared since October. Maybe all the other girls are scared of the fight they know I’d bring to them. Bethe has stepped up and I want to accept. And in return I can promise the fans that there will be violence.”

“I have been waiting too long and am ready to step in the cage and remind the UFC and the fans of that violence I bring to the Octagon. And hey Bethe, you can have your pick of country… Canada is beautiful but I’ve also never been to Brazil.”

In a new interview with MMAFighting.com, former Strikeforce champion Sara Kaufman revealed her anxiousness to get back to competition. The Canadian also noted that she hopes Bethe Correia is her next opponent.