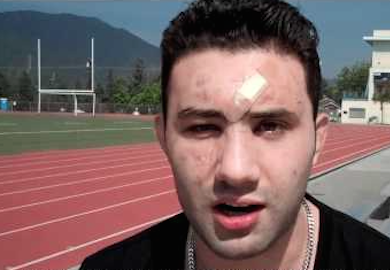 Embattled MMA fighter, Karo Parisyan recently came out and made some crazy allegations about the relationship between Ronda Rousey, her trainer Edmond Tarverdyan, and her training partner and longtime friend Manny Gamburyan.

You can catch that again, HERE and HERE.

Now, according to Manny himself, Karo got slapped by the trainer in response to those statements.

Being a dumb Karo Parisian is disrespecting not only me #Ronda my friends to. He just got slapped by Edmond, I hope he learns from this.

BJPENN.COM reached out to Gamburyan following the incident and Manny had no further comments.