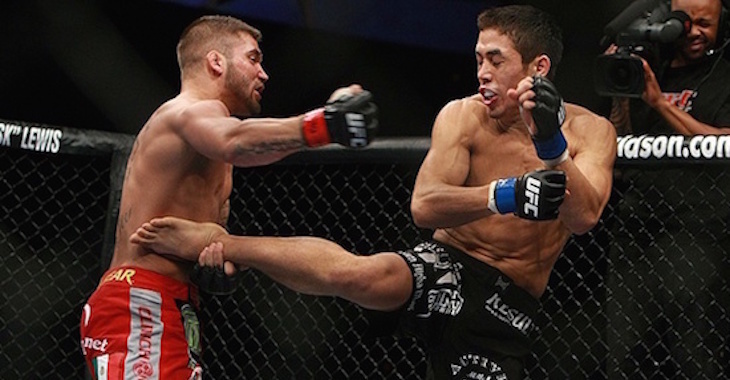 Among the conversations had during the show the hot topic of steroid use and failed drug test came up. The two hosts talked about the UFC’s newly announced plan for dealing with PED users. Carlino made an interesting point, asking why the UFC is doing all that they are doing to try to correct the issues and save their image, when other sports, that also have PED problems, seem to not be scrutinized as much.

“Do what they want, it’s a good idea I think it should be a clean sport and everything but it’s like, why does UFC have to do all this bullsh*t? Like the NFL, the NBA, why aren’t they scrutinized?”

Buchholz chimed in and gave his reasoning.

“I’m saying when you take your body and you put it up against another body and you’re trying to hurt each other, end the fight, win within these rules that are very broad, then these people need to be tested. You’ve got to make sure that it’s a level playing field. So in other sports, where their pushing a ball down the field or whatever, why would that apply?”

“I’m not trying to lose to someone that’s taking some sh*t that only they get to take. It matter more in the UFC because it’s a fight.”

We’ve included the clip below: