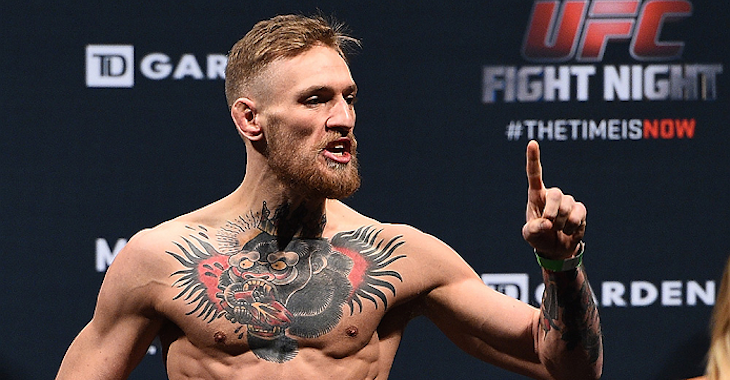 Conor McGregor will fight Chad Mendes for the UFC interim featherweight title at UFC 189. This comes after champ Jose Aldo pulled out due to his rib injury. Aldo has pulled out of five scheduled title defenses with injuries and the UFC decided this time to make an interim title.

According to McGregor, Aldo should be completely stripped of the title because he pulled out.

Here’s what he said during yesterdays UFC 189 media conference call,

“If he mans up, we should most certainly get it on. But, I don’t know whether he’ll be back. Like I said, he’s gone running and I don’t think he will be back. If a man pussy’s out, and he has pussied out time and time again; I mean, the medical reports state that he is fit to fight. So, there is no more question. you are fit to fight and you’re not going to fight. The belt rightfully should be stripped and this is for the real featherweight belt.”