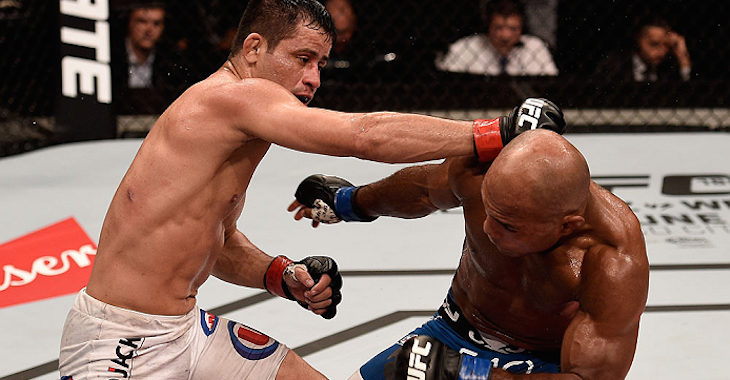 UFC flyweight Jussier Formiga is set to take on a big name and a tough opponent in olympic gold medalist Henry Cejudo.

The two will meet when the UFC returns to Mexico once again, on Nov. 21. Formiga knows that he’s going in as the underdog, and that all the hype is behind Cejudo, who is expected to challenge for a title in the near future, if he gets passed Formiga.

However, Formiga is game for the challenge and looks to surprise everyone when they face off in the octagon.

“Not only Americans fans, but Brazilians are also betting on him. They don’t see Brazilians having success in this division. That doesn’t bother me at all. I will go there as the underdog. It doesn’t matter is no one believes in me, I’m going to shock them. That’s what I’ve been doing in every fight.”

Who do you think will win the big flyweight fight? And should the winner be considered for the next title shot?