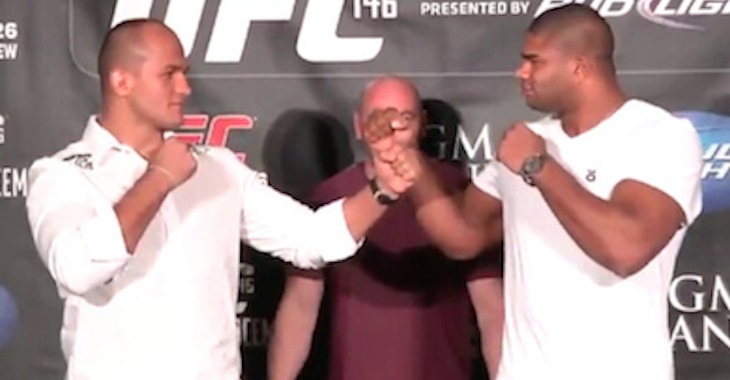 The fight was announced by the UFC on Tuesday.

The two have been going back and forth on Twitter, with Overeem telling Dos Santos to sign and make it happen. It seems like forever that Overeem has been posting stuff on his social media, trying to get fans to urge the UFC to make this fight happen.

So, now that it’s actually happening, who do you see coming away with the victory?