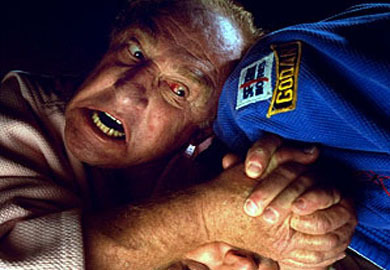 “I’ve known Ronda long before she knew who I was. I knew her mother, who was a very good judo person. Ronda beats a good percentage of the men who are bigger than her – and good ones, too. She doesn’t fool around.

There’s no sitting down and signing autographs. It’s all business to her. Nothing bothers her. She’s got icewater running in her veins. She doesn’t give a damn about pressure. She’s a sadistic wench.”

The infamous “Judo” Gene Lebell has been an American Martial Arts staple for decades. From his Hollywood escapades, to his real life competition credentials, the man has been there and done that.

Part of his storied background includes a history with Ronda Rousey, the UFC’s first ever female champion and in this interview with Fighters.com he dropped some pretty good sound bites on the Judo medalist.