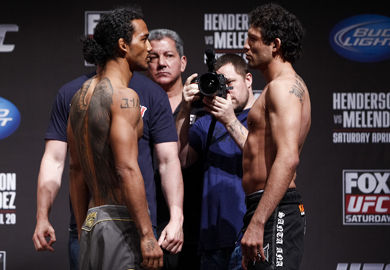 Now this isn’t to assume the Vierra purposely scored a fight in favor of a fighter that he could have held some bias towards, as Melendez. The fight, like I said, was extremely close and without this affiliation, no one would have looked twice at one judge going against the grain. This seems more like an peculiar coincidence.

Either way, a challenger must simply do more than eek out a decision against a champion to take his belt and the majority of the judges felt that Melendez hadn’t done enough. Still, this is something to think about when selecting judges in a system that is far from perfect.