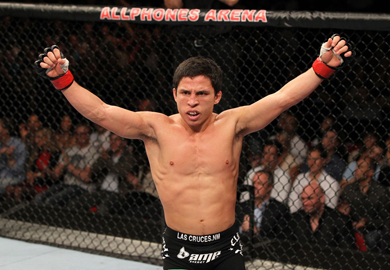 Benavidez stopped Yasuhiro Urushitani via first round TKO back in March to earn a spot in the inagural Flyweight tournament finals. However, in the tournament final at UFC 152, Benavidez lost a decision to Demetrious Johnson in his bid to win the inaugural flyweight title.

McCall, who fought Demetrious Johnson twice, once to a draw and then to a decision loss in the opening round of the tournament earlier this year, looks to get back to his winning ways against Benavidez.

Prior to the Johnson fights, McCall had won four consecutive fights and claimed the Tachi Palace Fights’ Flyweight title, which in turn ranked him as one of the world’s top 125-pounder fighters.