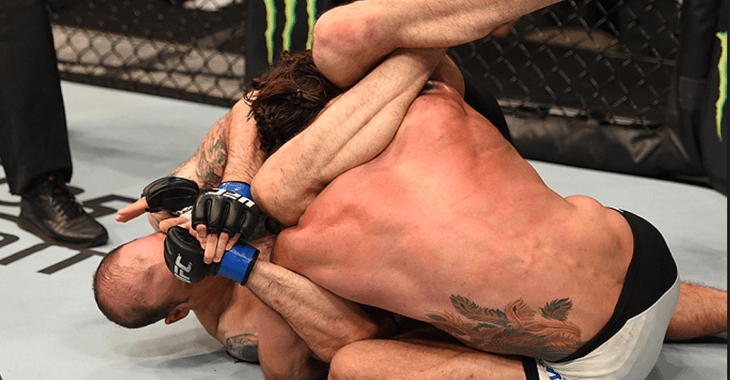 After Tamdan McCrory’s submission win over Josh Samman at UFC on Fox 17, McCrory spoke with the media on his tough fight. McCrory alluded that Samman felt “oily,” but was still able to pull off a triangle choke in the third round (Transcribed by Bloody Elbow):

“I wish I could have landed some cleaner shots,” McCrory said about the stoppage win over Samman. “I wish I’d felt a little better and crushed him better than I did. But, he got in that scramble and I knew, soon as I locked up that… I was working on the right arm, caught the left arm, put him in the triangle. He was defending that rather well, and plus it was slippin’ a little bit. And man, he was oily. I don’t know what that kid put in his skin, but he was sliding right back out on me, trust me…”

Samman gave a statement to Bloody Elbow, where he is also a contirbutor to the MMA based wesbite saying:

“I’m not sure if he was making a joke or really insinuating that I put something on before the fight. I hope he doesn’t think that. I’ve never been a cheater. USADA can come up with a skin oil test before my next fight and I will pass that too.”

What are your thoughts on this alleged version of greasegate? Is there any way to monitor this issue more closely from USADA or the athletic commissions? Share your thoughts with us in the comments!