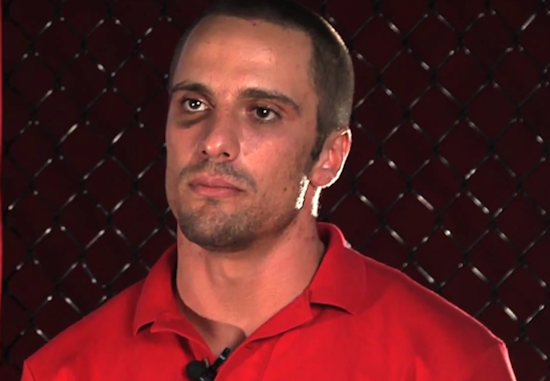 UFC middleweight Josh Samman (10-2 MMA, 1-0 UFC) will be carrying a heavy heart to the octagon this Saturday night when he meets TUF 19 winner Eddie Gordon in Las Vegas.

Samman, who hasn’t fought since winning his UFC debut in Arpil of 2013, lost his girlfriend Hailey Bevis to a tragic car accident in the couple’s shared hometown of Tallahassee, Florida in August of 2013.

Samman detailed the tragedy, which involved the couple text messaging while driving, in a recent interview with MMAJunkie:

After a successful showing on the Ultimate Fighter Season 17, Samman’s life and MMA career seemed to be on the upswing. He moved in with his longtime off and on-again girlfriend, Hailey Bevis, and said he has never been happier:

“People say you don’t know what you have until it’s gone, but I knew,” Samman stated. “I knew what I had when I had it. I’d never been more happy in my whole life.”

Samman’s friends, coaches and traning partners rallied around him to try and keep the young fighter from falling in to a bad state of depression. Eventually their efforts paid off and Samman has once again found his desire to compete:

“Hailey always used to say, ‘Everything happens for a reason.”

Samman knows his emotions will be running high when he enters the cage to face Gordon this Saturday:

“There’s no way I can describe how important that day is going to be for me,” Samman says. “I can’t express it in words, so I have to go out there and do it through my actions. My coaches and everyone around me can urge me all they want to leave my emotions outside the cage, but there’s no stopping it. No way.”

As for his opponent, Samman says Gordon will know when he sees him across the cage that the night is his:

“But I think (Gordon) will know when he gets in the cage and he sees me,” Samman says. “He’ll understand that the night is mine and not his.”