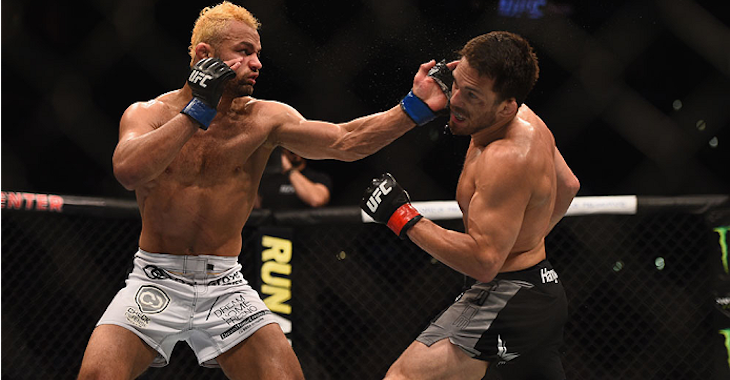 “Not taking anything from (Jake Ellenberger), but I fight nine out of 10 times, I smash him. But that’s part of the game. He caught me, and I just think he was the better night because I made a mistake. I relaxed in that second period, and against the cage, I was in control of the fight, just trying to relax; just make Jake work out of there, out of the position we were in. And he slapped on that choke, and it was tight as sh-t. At one point, I was like, man, do I hit him in the nuts to get out of this thing? I was thinking, ‘I could just crack him in the balls right now.’ And then I was like, ‘I’ll just keep fighting it.’ I made a mistake and it cost me the fight. You can’t let your guard down, and I let my guard down for a minute.”

In a new interview with MMAJunkie.com Radio, Josh Koscheck discusses his UFC 184 loss to Jake Ellenberger.