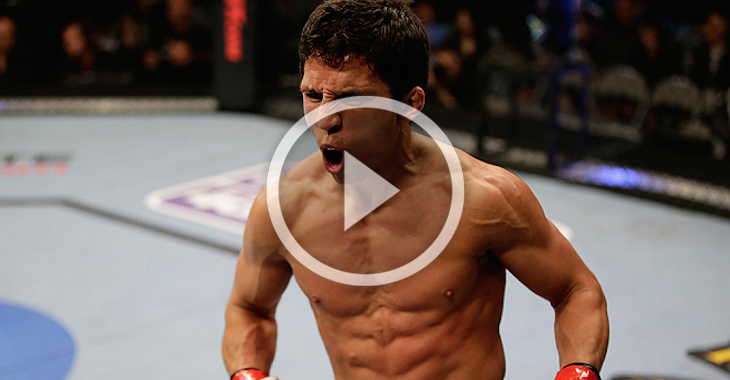 On the 50th episode of the popular MMA podcast, Stud Show Radio, the hosts Justin Buchholz and Chris Carlino aka Sir Studboy were joined by two special guest. Those were none other than Lance Palmer and Joseph Benavidez of Team Alpha Male.

Benazidez stuck around long enough to give his thoughts on UFC 185 and of course his upcoming fight against John Moraga at UFC 187. A fan called into the show and asked Benazidez how he planned on beating Moraga. Check out what he had to say:

“As soon as I can, as quick as possible.”

“I’m going to go in there and take him out as soon as I can. I think I hold an advantage pretty much everywhere in the fight. His stand up and boxing is good but I think my style on the feet is just too much for him and on the ground I think I’m maybe the most dominant one in the division. He seemed to have some trouble there already. So I’m ready to go wherever it goes. I know he enjoys his standup, that’s fine I think I can showcase some stand up but I’m going to beat him however I can, the quickest way possible.”

How do you guys see that fight going down? Sound off in the comments.