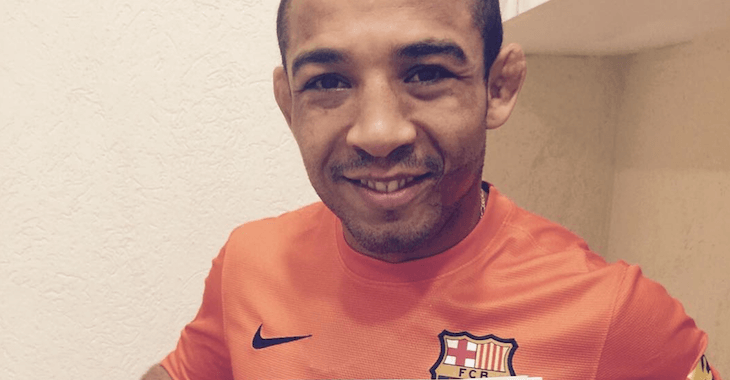 UFC featherweight champion Jose Aldo has had some controversy surrounding his drug tests of late, especially with that odd situation where a tester was told he was going to be deported.

Interim champ Conor McGregor has also taken shots at the champ, saying that he’s not even getting tested over in Brazil. Well, now it looks like Aldo is taking that statement and throwing it back in Mystic Mac’s face.

Aldo recently posted on his Instagram, showing himself after completing a random drug test, holding the paperwork from USADA.

“Hey, Irish sucker! Have you already done your drug test or they don’t have it in Ireland ? I DID IT TODAY! I wanna do it again next week! How about you ? Are you ready for it, you punk ?!?”

What do you think the chances are that McGregor responds in the very near future?

Aldo and McGregor will hopefully meet at their scheduled fight on Dec. 12, at UFC 194 in Las Vegas. Please, tell your training partners not to throw any spinning kicks!