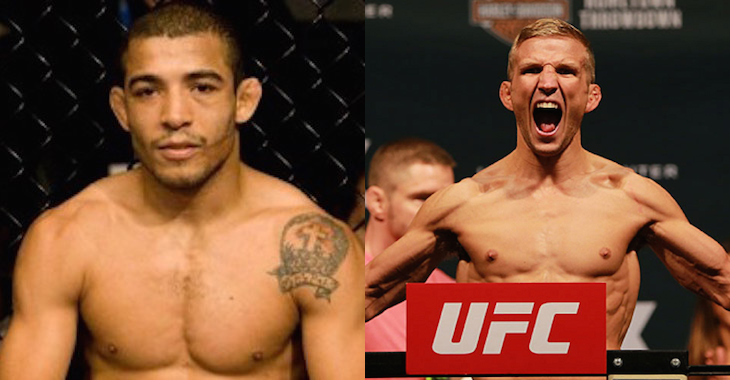 UFC Bantamweight Champion TJ Dillashaw’s stock as a fighter increased tenfold when he dominated former champion Renan Barao in front of a national audience at “UFC on FOX 16”.

After his victory, Dillashaw expressed interest in tackling UFC Featherweight Champion Jose Aldo in a possible superfight, but it seems as if Aldo thinks Dillashaw isn’t deserving of the fight.

“About T.J., congrats to him, he defended his title one more time against Barao, but he has no right to demand anything,” Aldo told the media at UFC 190 in Brazil. “This kid is just starting, and his division isn’t talked about yet, so he has to try to make his name first before trying to hit someone.”

For the first time in years, there is another king in the featherweight division. Conor McGregor defeated Chad Mendes for the UFC Featherweight Interim Championship. Aldo was forced to pull out of his scheduled bout with McGregor at “UFC 189” due to a rib injury, but he has his sights set on unifying the titles next.