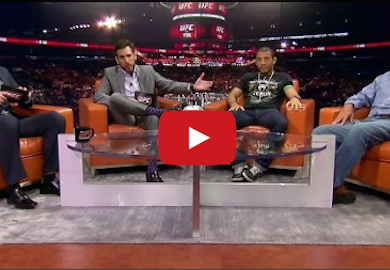 But the champ predicts the same outcome as their first fight. (A first round KO)

Jose Aldo on if Chad Mendes is the same fighter he fought the first time: “Each fight is a fight. We try to evolve and improved our techniques after each fight. He has credentials, but we’re prepared for him.”

Aldo on this fight being different than the first: “I don’t see the fight going a different way. He has his own characteristics and he’ll train to improve those characteristics, when push comes to shove he’ll go back to what thinks is safest for him.”