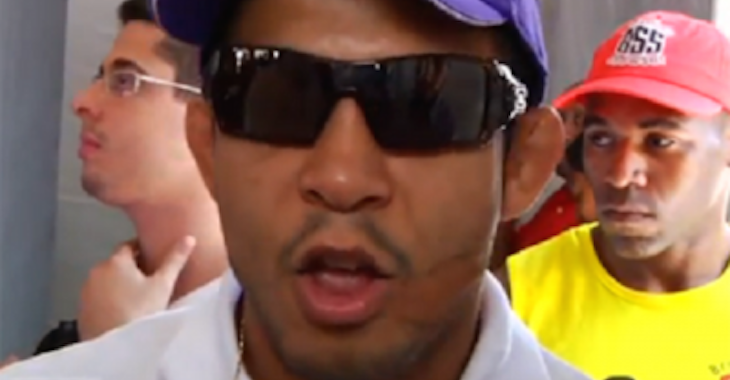 The main-event of “UFC 189” was in question last week when Jose Aldo suffered an injury while training. While it is currently not clear as to whether or not he suffered a rib fracture or bruise, the fact remains that he is injured and Chad Mendes has signed on as a stand-by to fight McGregor in case the champion is not medically cleared.

Nevada State Athletic Commission Executive Director Bob Bennett has spoken and and said he believes it is “highly unlikely” that Aldo will not be medically cleared.

“Right now, according to Dr. Trainor’s communications with Dr. Davidson, it appears Aldo had a rib contusion and a cartilage injury,” Bennett told ESPN. “Dr. Trainor is currently awaiting to see the medical documents and at this point in time, we think it is highly unlikely Aldo will have any trouble competing. Dr. Trainor has told me this type of injury (rib contusion) is fairly common and usually improves within a few days.”

“We already have Dr. Trainor in communication with the UFC and we are making sure Aldo’s injury is not going to prevent him from fighting,” Bennett continued. “We’re already working on it now.”