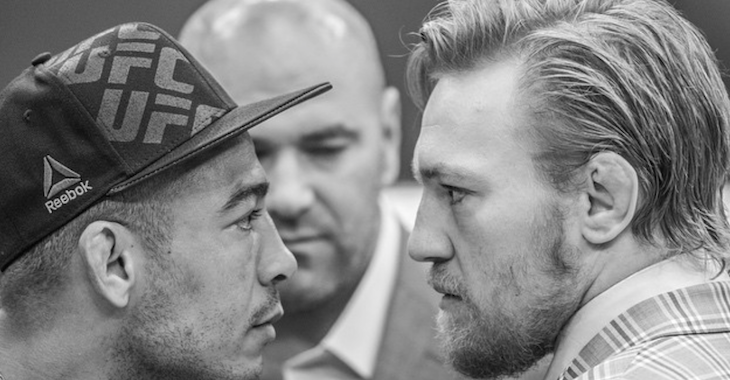 It looks like the pic was snapped at The Ultimate Fighter gym during the filming of the upcoming season.

Of course we all know that these two were scheduled to fight at UFC 189, back in July. We had that whole world tour and all the promos and lead up, then Aldo pulled out two weeks before. Insert Chad Mendes, McGregor wins, takes interim belt and now we’re back at square one.

Has your opinion of who will win changed at all?