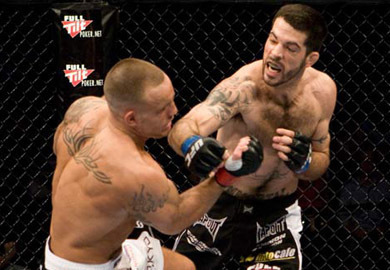 Joradn Mein looked impressive in his octagon debut, which took place less than a week ago at UFC 158 in Montreal, where the 23-year-old defeated veteran Dan Miller with a first-round TKO. The Canadian has now won 3 straight fights and 9 of his past 10 overall. “Young Gun’s” one set back came at the hands of Tyron Woodley, whom he lost to by split-decision while under the Strikeforce banner.

Matt “The Immortal” Brown last entered the octagon in December at UFC on FOX 5, where he starched Mike Swick with a second-round knockout. Prior to that, Brown TKO’d Luis Ramos and scored a decision win over Stephen “Wonderboy” Thompson. Brown has won four straight fights and 5 of his past 6 overall, this after dropping 3 straight contests in 2010.