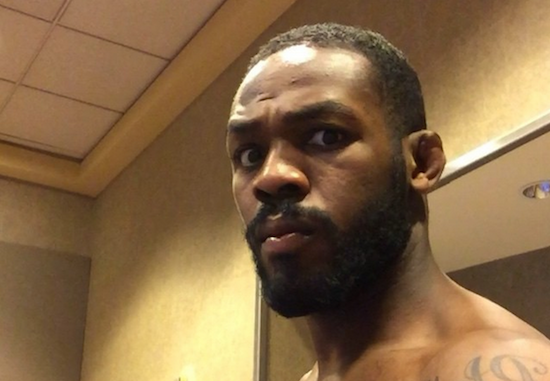 He left the Arena a champion, and record holder, with analysts around the world calling him the pound-for-pound king. By all accounts Jones, adorned with his flashy new Reebok gear, had it all.

However,  just two-short days later the *nearly-undefeated wrecking machine is now the laughing-stock of the sport.

The document below is why Jones has fallen, and no one is immune to this type of poor decision-making. Is the momentary rush of a high worth it all? I think if you asked Jon Jones he’d say, ‘no’.

Here’s the Jones results, that for whatever reason, show low Testosterone levels in the champ, as well as the presence of cocaine metabolites. – Image courtesy MMAFighting.com, who acquired the documents by filing a public records request in Nevada. There’s another page from a second sample with similar findings, and that, along with a second test result, which was clean, can be found HERE.

*We use the term undefeated due to Jon’s dominance as a champion Mixed Martial Artist. While his record does show one professional loss. His bout with Matt Hamill was anything but. It was a disqualification for illegal elbows following an already dominate performance that could have been stopped at any moment by the referee in favor of Jones.  In other words, the loss should not exist.