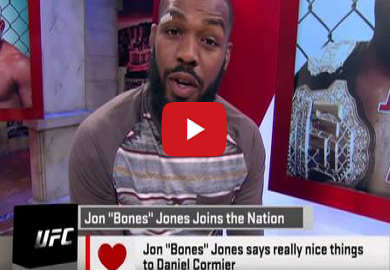 Jon Jones has been ruthless when it comes to verbally (and even physically) attacking Daniel Cormier ahead of their UFC 178 bout.

Tonight he continued his onslaught on Sportsnation when he mocked Cormier’s weight and even went as far as to call the #1 contender pregnant.