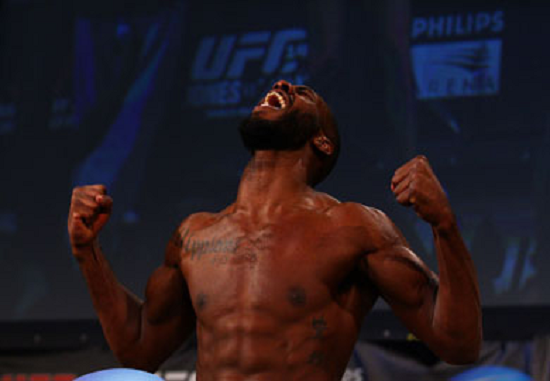 Besides being one of the most impressive, and dominant champions in UFC history, Jon Jones has the unique ability to defeat his opponents where they’re comfortable, and where they’re best.

This was most recently seen when Jones defended his title against Glover Teixeira. Leading up to the fight, Teixeira’s inside game was highly touted, leaving many fans to expect Jones to pick Glover apart from the outside.

Jones however, took the fight to Glover, fighting in close range, and ultimately winning a unanimous decision.

He spoke to MMAFighting about his desire to out-wrestle Daniel Cormier.

“I think I focus on it so much, I focus on their strengths so much that I almost adapt it. I become so familiar with what they’re good at that I just almost adapt it into my psychology, into my skillset, and then subconsciously it just starts playing out in the fight. Doing what they do.

“I will try to wrestle Daniel Cormier. I definitely plan on making him work extremely hard for any takedowns he’s going for, and I’m definitely going to be looking for takedowns myself. I’m more than capable of taking him down, and I believe in my top game. So I’ll definitely look to attack Daniel at his strengths, and weaknesses.”

“I grew up wrestling. I started wrestling when I was 12 years old. I think a lot of people forget that, especially when I’m fighting a guy who’s competed on the Olympic level. They make me seem like I’m just a striker. But you know, my sense of wrestling is very strong. I would say that’s still my base. I have very successful stats in wrestling, pretty high takedown percentage and pretty outstanding takedown defense.

“I’ve had all types of fights, but I like these ones. The little added motivation, [a guy] telling you you’re going to get your butt kicked and dominated. It just feels good. At the level that I’m at, just being in so many great fights, you need little things to keep that fire going. Not only going, but raging.”

What do you think PENNation? Will Jon Jones be able to out-wrestle Daniel Cormier?