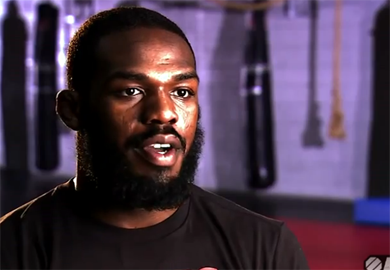 “I’ve faced plenty of wrestlers like Vladimir Matyushenko, Jake O’Brien and Matt Hamill and had no problems. Chael is a decent wrestler. He was an Olympic alternate but he wasn’t on the team. No disrespect to other alternates but he’s not at that level. Who cares if he takes me down, he gets submitted all the time from top position anyways. I’ve wrestled since I was a 14 year old boy and I still love wrestling. I’m definitely prepared. If he does take me down, so what? His ground and pound is weak and he gets submitted all the time. If I do get him down, his face will open up. I feel I have nothing to worry about in wrestling. I have a slight edge in jiu-jitsu and I have a huge edge in kickboxing. I’m not intimidated by his power. I don’t see any way Chael can win this fight but I’ll still train like a madman. I’m ready to lay the smackdown for the things he said not only for the things he said not just about me but about other people and send him back to the movies.”

“Chael’s an interesting guy. I respect some things about him. He goes and gets what he wants except for world championships or any championships. He’s a good talker and good for the sport in some ways. He’s extremely disrespectful and not much of a championship level athlete at all. He’ll be able to do his TV shows and commentating and all that. I’m doing Chael a favor by showing Chael what his true calling which is his gift of gab and not athletic talent.”