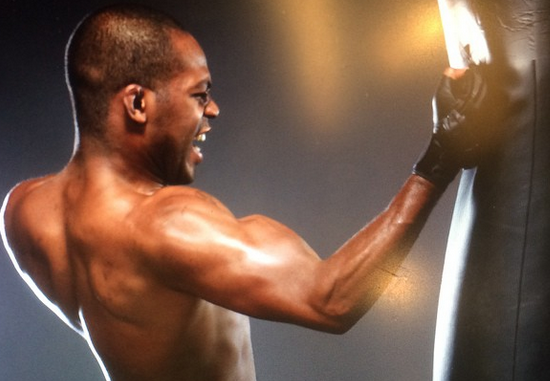 “I wouldn’t say this feels like the Rashad fight. It actually feels closer to the Chael Sonnen fight. Chael Sonnen had a job commentating and broadcasting. He’s a very good talker, and he has a way of making people believe.

“Daniel, he definitely has a great skillset and he’s undefeated, but I think some of the things he says and the way he can relay a message verbally almost makes people believe in him a little bit more. I think if you actually look at our styles and our résumés, and not just listen to the things he says all the time, you may look at the fight a little differently.”

“He reminds me of Chael Sonnen when he says things like that. No disrespect to Chael. Big fan of Chael, I really developed a respect for Chael. But Chael was very good at the antics and saying things that just aren’t true. For him to say he’s going to make it look easy, I know for a fact he doesn’t believe that in his heart. How can you say that? I don’t know what he’s seeing in my footage of my fights, but to say he believes he’ll win is one thing. To say he’ll make it look easy is just, it’s like saying I can fly. It holds no weight.

“He has a lot of doubt. He’s trying to make himself believe. Talk himself into just believing some of the crazy things he’s been saying. I believe ultimately when it comes fight night, he’s going to look back on everything he said and it’s just going to create more pressure for him.”

During a recent interview with MMAFighting.com, Jon “Bones” Jones touched on the pre-fight antics of his upcoming opponent, Daniel Cormier.