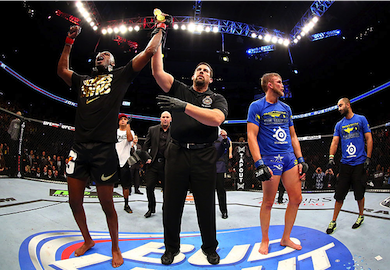 For over a decade the Ultimate Fighting Championship’s light-heavyweight division has been the promotions marquee weight class.

The man who currently wears the crown is a young phenom who, as the UFC boss says, has ‘gone through a murderers row’ to get where he is at and beat the divisions title defense record.

“Jones has had the toughest run of guys in the UFC,” said White at a Brazilian media event. “I mean, to get to the belt and to defend the belt, Jones has had to go through hell. Yeah, and he’s the most accomplished. Nevermind Tito Ortiz, let’s talk about Chuck Liddell, somebody who could actually really fight. Even Chuck Liddell, the things he accomplished and the things that he did, what Jon Jones has accomplished is greater than any light heavyweight, ever.”