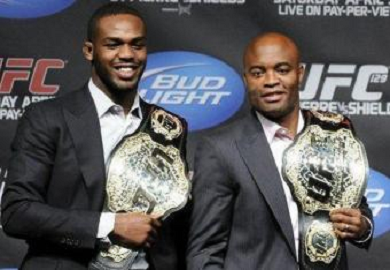 “All Anderson has to do is win his next fight decisively and there’s the interest right there. It’s still on, the superfight. I’ve never really been overly anxious to face Anderson Silva though to be honest. I knew the fight could happen but I never had any desire to be the one to beat him or anything like that.

After he lost I Tweeted about my disappointment and that him losing sucked, but it was just because watching a champion lose always sucks. It’s like he’s also a member of this special league of gentlemen and when you see one of the guys get taken down it sucks. But Anderson, and any thought of a superfight, well, it’s still there.”

Silva lost his title in an upset to Weidman and all talks of the superfight went out the window.

Jones now tells Fighters Only that if Anderson comes back and dominates Weidman in their rematch, set for December, that the potential for the champion vs. champion fight will return.