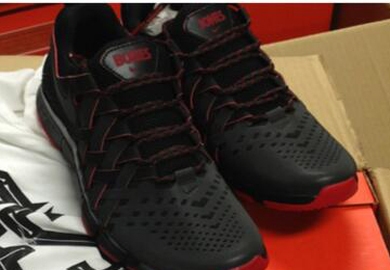 Earlier, Jones tweeted a picture of his new Nike “Bones” shoes and shirt. Since being signed by Nike, Jones has sported the swoosh on his shorts in the cage, and has worn the “Bones Knows” t-shirt almost out. Nike partnering with the UFC’s light heavyweight champion is a big step in the mainstream recognition of mixed martial arts and its athletes. The merchandise release will begin Friday at 9 a.m. and will also be available at the Niketown stores in Las Vegas and New York.

With UFC 159 right around the corner, where Jones (17-1, 11-1 UFC) will defend his belt against Chael Sonnen, this release is timely for the Jones’ camp and fan base.

Jones is in great company being sponsored in the octagon by Nike. The middleweight champ Anderson Silva and heavyweight contender Junior Dos Santos are both under Nike contract as well.