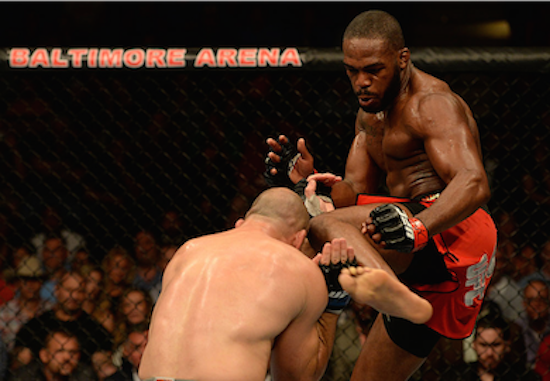 “After those two fights (against Cormier and Gustafsson/Johnson winner), I would consider the division clear, and that’s when I would start to entertain superfights. Superfights I would go for. I’ve been training with heavyweights for years now. I know what it feels like, and I think I would do really good against them. So that would be the next chapter.”

“A guy like Werdum, I would fight him every day, all day. Why? Because he’s not the biggest guy. But the heavyweights I believe would give me the hardest time are the big ones. Not necessarily the better skilled ones — just the bigger ones. You shoot in and they sprawl out on you, that’s going to take a lot of energy to finish that shot, you know what I mean?”