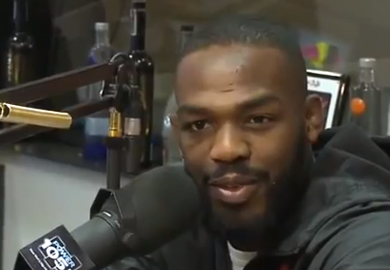 “To be honest with you, if it was all hands, it would probably be a pretty competitive match. But that’s not fighting, either. You can’t be at the bar and be like, alright, no kicking, no taking me down, don’t stretch my shirt out. It’s not like that. What I do, I consider it to be the true art of fighting. To do everything.

Fighting Floyd Mayweather wouldn’t even be right. Nobody would want to see that. James Toney did it about two years ago. He lost in the first round. Don’t mess with an MMA fighter. You don’t want to do that. It’s a bad look.”

Prior to his UFC 159 bout against Chael Sonnen, Jon Jones took to Power 105.1 radio and the topic of boxing came up.

The full interview is below: