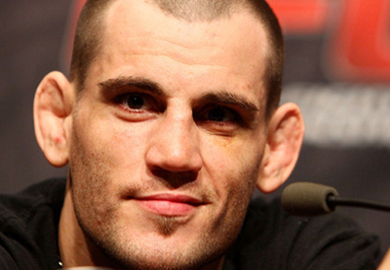 Former UFC welterweight title challenger Jon Fitch (24-5-1) has inked a multi-fight deal with the upstart World Series of Fighting promotion. The news was confirmed by the WSOF after a report surfaced from MMAFIGHTING.com.

The American Kickboxing Academy product has been in talks with the promotion for weeks, ironing out contract details. The WSOF expressed immediate interest in Fitch following his release from the UFC last month.

One of the top ranked welterweights in the world, Fitch, was let go by the UFC following his loss to Demian Maia at UFC 156 this past month. Prior to the Maia loss, Fitch was riding high off a “fight of the night” victory he earned over Erick Silva at UFC 153 in Brazil.

Fitch had gone just 1-2-1 over his past four UFC bouts. Suffering a knockout loss to Johny Hendricks, as well as going to a majority draw with B.J. Penn. Prior to that, Fitch had gone 13-1 inside the octagon with his lone loss coming to champ Georges St. Pierre whom he had faced for the welterweight title at UFC 87.

Fitch is expected to make his promotional debut at WSOF 3, which takes place June 14 in Las Vegas, Nevada. A venue for the event has yet to be confirmed.