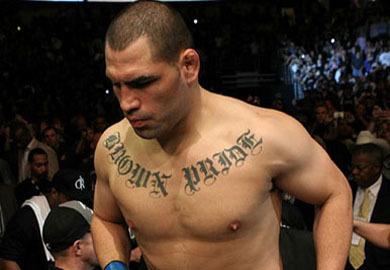 “I think that in the first fight, he did’t show everything he could do. He had a severe knee injury, and was limited by what he could do, but it was such an important fight so he couldn’t miss it. It was important for the company, for the fans and for the world. He continued, even knowing that he should not. He went against the advice of everyone on the team, and doctors, but pulling from the card was not an option at the time. It will be very different with him being able to show all his tools. He was hurt and thinking about his knee. He wanted to kick the legs of Junior, but he was thinking, ‘I can’t kick.’ When your head is not in the fight, you get hurt.”

In an interview with Tatame.com, UFC welterweight fighter, Jon Fitch discusses his teammate Cain Velasquez and his first fight with Junior dos Sanos at UFC on FOX 1.