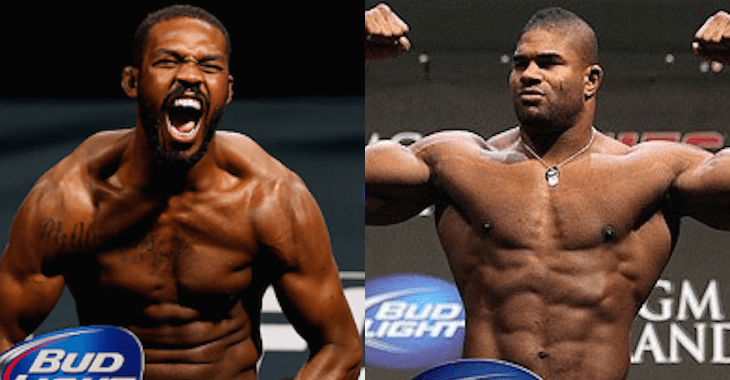 “The Reem” posted the following photo on his instagram and wrote that he “Can’t wait till the champ is back in the mix and dominating as before!”

alistairovereemReflecting on tonight’s fights with these 2 champs – @rptrmarine & @jonnybones – and what a good fights they were! that being said cant wait till the champ is back in the mix dominating as before!

Jon Jones is waiting to be reinstated by UFC officials, this after pleading guilty to a hit-and-run charge and receiving 18-months probation for his punishment.

Should Jon Jones receive an immediate title shot upon his return? Sound off Penn Nation!