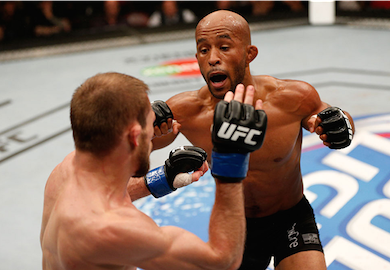 The pay-per-view event, headlined by a flyweight title fight wasn’t expected to be a record breaker, but it may have been, just in the wrong direction.

Demetrious Johnson recently weighed in on the matter in an interview with Sherdog.com:

“My job is to go out there and fight. Obviously I did the best I could to market and do promotion. I did a ton of interviews. At the end of the day we are competing with the World Cup, so there are also a lot of variables. It could have been a lack of luster with the card; maybe people just didn’t want to see it.”

According to reports, UFC 174 produced a modern-MMA-era low buyrate of around 100K give or take. (More on that HERE)