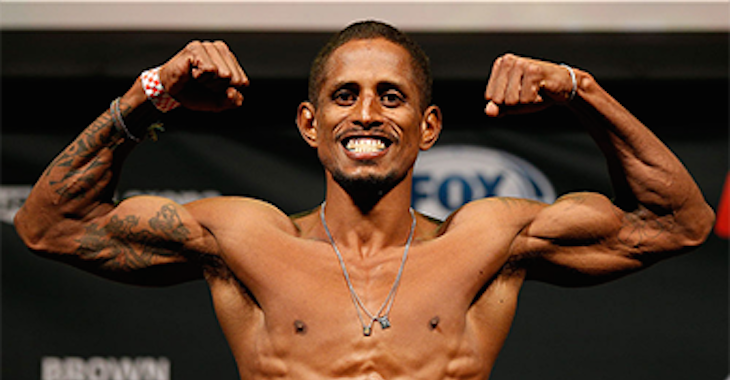 UFC fighter Johnny Eduardo has been sidelined due to injury for a very long time. Which is unfortunate given the momentum he had behind him prior to the layoff.

Eduardo stunned fans when he knocked out Eddie Wineland in the first round of their fight back in May.

Before injured, Eduardo had won two straight over Wineland and Jeff Curran. Here’s what the bantamweight fighter had to say to Brazilian journalist about coming back.

“I’m ready for anyone the UFC wants. ‘Do you want to fight in six weeks? In two months?’ I’m in. I don’t care if you are a top three, four, or five. I want to brawl, I want to work. I need to work.

“The UFC won’t give me an easy fight. They will give me the toughest opponent possible because they like to see Brazilians suffer, but we work hard and put on great fights. That’s exactly what I’m expecting. I still have a lot to show in the UFC. I haven’t showed anything yet.”