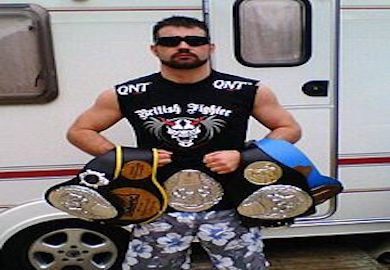 English mixed martial artist, John Maguire is headed to his home country of England to compete with Cage Warriors, a promotion based in London, England.

Maguire was released from the UFC earlier this year after his third consecutive loss at UFC 161 in his return to the lightweight division. Maguire went 2-3 in the UFC including a ‘Submission of the Night’ in his second fight for the promotion.

Maguire is set to make his debut on December 31st according to the official Cage Warriors Twitter account:

“Cage Warriors gets its first taste of gypsy jiu-jitsu from @MaguireTheOne on Tuesday, December 31”

Maguire also announced the news via his official account, @MaguireTheOne. Maguire’s first opponent in the promotion hasn’t been announced.

He will fight on the Cage Warriors 63 card which his headlined by a pair of title fights in the featherweight and lightweight divisions. The card takes place in Dublin Ireland.
For the latest MMA News visit BJPENN.com