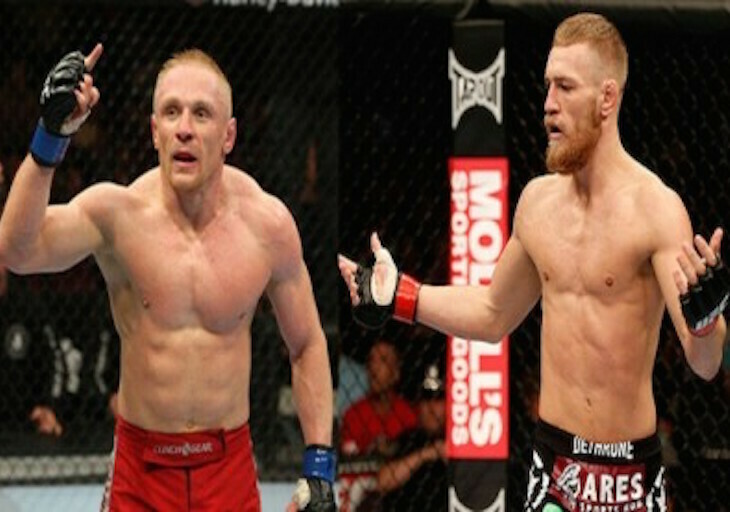 Conor McGregor’s head coach at Straight Blast Gym Ireland (SBGi) is confident in his prized pupil’s abilities, and is certain he will emerge from his UFC Fight Night Boston scrap against Dennis Siver victorious.

McGregor has previously stated that he believes he will dispatch of Siver in under 2-minutes, but Kavanagh believes it will be sooner.

“Being honest, no. I think it’ll be under a minute.”

“I just think he has…I don’t think he has a great skill set for Conor because he’s a short kickboxer. You know, he tends to rely on his striking a lot. And to try to fight Conor in the kickboxing range where you’re giving up a half a meter of range is very, very difficult to do. If you look at the Poirier fight with Conor, after the first one or two exchanges Poirier was in survival mode. He was backing off just trying to get through the first round. And it’s because – and it’s no secret. I’ve said it in all my interviews – when people get hit by Conor the first time it’s very different. And you can talk about it and you can try and prepare in the gym for it, but I see it in them in every fight – and you can watch it yourself. You don’t have to take my word for it – when that first shot lands, the eyes widen a little bit more and I know in their head they’re going “what the hell have I signed up for?”. ‘Cause they don’t spar light heavyweights in their gym, so they’re not used to taking a light heavyweight shot. But that’s how Conor hits.”

Siver is a veteran of the sport, as well as in the UFC, with 32 professional MMA bouts and 18 UFC bouts dating back to 2007, Siver is as experienced as they come, but Kavanagh believes his best years are behind him.

“His better years I think are behind him and he’s been in some wars, so he’s not able to take shots maybe he once was able to; and you know Swanson in their fight, he landed some good shots in the third round and had him all over the place. But it’s not going to take Conor that long and he’ll connect early, hard, and Siver’s not going to be able to take that.”

Kavanagh isn’t looking past Siver though, and respects certain parts of Siver’s game.

“Well he definitely has some positive attributes. He looks immensely strong and I know people don’t want to be with him in the clinch. It’s not fun if he wants to try to squeeze you and throw you around. He looks a very powerful man, but like I said, he’s got this kind of flicky lead roundhouse kick, and he doesn’t really close distance all that well. He’s a little bit slow so he can’t really evolve his hands. But you know what, anybody that steps into the pocket and trades with him, that’s going to be dangerous.”

“I do believe that [Dustin] Poirier was a little more well-rounded and a bit rangier with his shots and a little bit more difficult to close in on; but Siver, all his shots are going to land short, and then when the first couple of shots from Conor land you’ll see him backing off trying to survive. He’ll end up with his back on the fence pretty quickly. Conor will get him reacting, freezing, doubting himself. He’ll make a mistake, and he’ll go to sleep.”