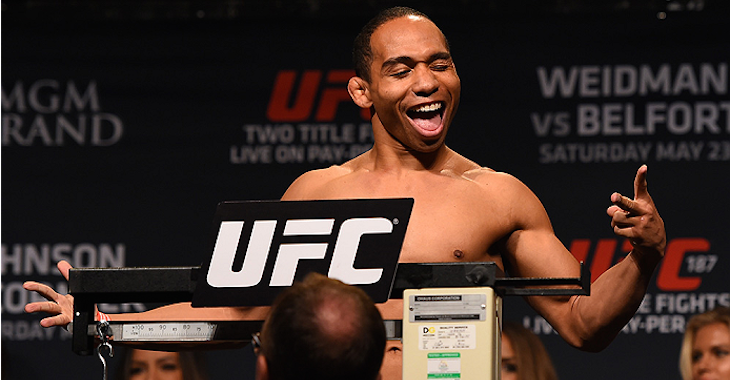 “I’ve already beat Demetrious Johnson once, and everybody keeps telling me that I need to go a ahead and do it again. So I’ll do it again, I’ll go get that title, and then, when I’ve beat up Demetrious Johnson, I’m going to beat T.J. Dillashaw. He can sit there or run around and tell everybody that I’m just running my mouth, but I’ve seen him with his eyes glazed over, him being hurt, being cuddled after I knocked him out the last time.”

UFC flyweight and the next challenger to champion Demetrious Johnson’s title, John Dodson, said on UFC Tonight, that he plans on taking out, or ‘murdering’ Johnson, then going after bantamweight champion TJ Dillashaw again.

Think he’ll do either or all of those things?