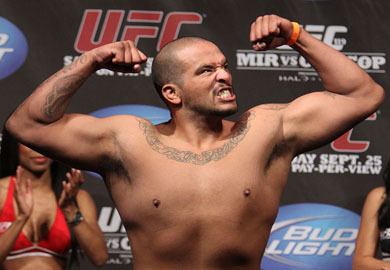 “The only person that I really would like to fight is Thiago Silva, but he’s suspended right now. It’s kind of like a half-assed call out, even though I don’t mean for it to be. I would love to fight him for the disrespect that he showed teammate, Brandon Vera. I also think that would be a badass scrap. Like I said, he’s suspended, so that ain’t gonna happen any time soon.

At this point, I don’t care who I fight, but I want to be on that Anaheim card in February. I know it’s a quick turn around, but I don’t have a scratch on me. I’m ready to rock and I want to fight on that show.”