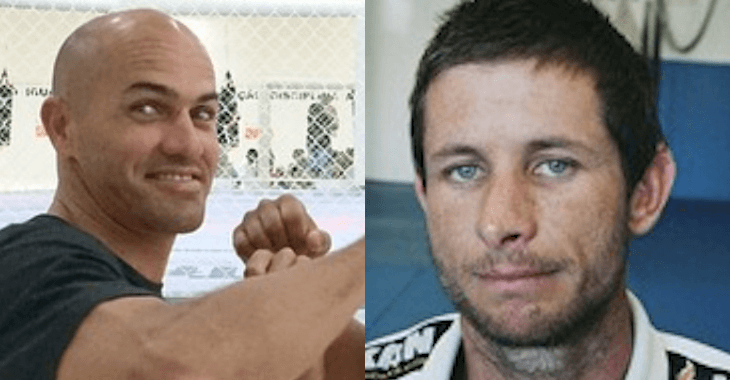 Joel Tudor and Kelly Slater have two big things in common, they’re known for surfing and for BJJ. The difference is that Tudor is a BJJ black belt, while Slater, who hasn’t put as much time into the sport is a blue belt.

Well, according to Tudor, he’s actually not a blue belt and shouldn’t be wearing one. A recent Instagram post showing Slater wearing a blue belt sparked a little bit of anger from Tudor.

joeljitsuSuper: lame of @kellyslater to wear a blue belt when he has never been given one @pmtenore

Of course, it’s frowned upon to wear a belt that you haven’t truly earned, especially when others have poured a lot of time and suffering into earning theirs. However, another comment was quick to respond and say that Slater actually did earn his blue belt, the night before.

pmtenore@joeljitsu: what do you mean || he got one at aoj last night grumpy smurf —>

So, story over right? Well, not so fast. Tudor again commented, insisting that wasn’t the case, saying that he’s seen Slater wearing the blue belt in older pictures.

joeljitsu@pmtenore: crock of shit – the guy has been wearing a blue belt for years in pics and always made excuses when I would call him on it! If he wants his belt , tell him to go sign up and put in the work like everybody else who starts at white and goes through hell to graduate to blue – anybody on here talking shit to me more than likely doesn’t train and has zero clue about Jiu Jitsu

Other commenters joined in the conversation and seemed to be on Slater’s side:

kenshiles@joeljitsu: why are you always such an arrogant prick? let @kellyslater live and enjoy his accomplishment and stop hating on things you don’t have all the facts for.

fabi_webdev: Mendes bros would let him train there with a fake belt? I don’t think so. Maybe he earned it at last.

When asked for comment, our own BJ Penn backed Slater’s status as a Blue Belt. Penn also added, “If he took it serious he’d be a black belt in no time.”

So who do you think would win if these two surfer-BJJ hybrids met in an MMA fight? Of course, Tudor is a BJJ black belt and has competed and won several titles in the marital art. However, there’s no question that Slater is a phenomenal athlete and could probably stand his own in any sort of physical competition.