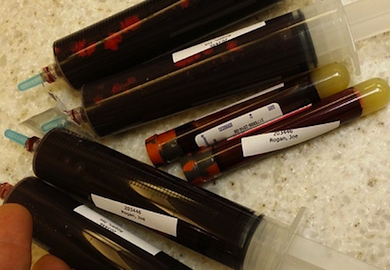 UFC commentator and comedian Joe Rogan posted a picture on his Instagram of what looks like a ton of blood. Apparently it’s all his and its a part of a procedure he underwent to help with some neck and back problems he’s suffered from for a while. Rogan called the blood spinning procedure “crazy”. It was actually Dana White who pushed Rogan to get it.

The UFC President underwent the same procedure in what actually appeared to have cured his meniere’s disease. The UFC boss calls the treatment a miracle cure for all things ailing the human body and as a result referred the UFC’s color commentator to Germany to get his own miracle cure.