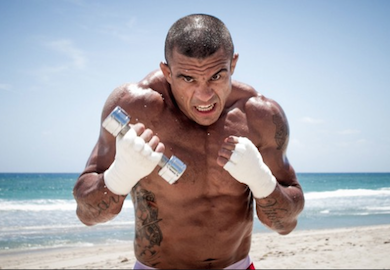 “He (Dan Henderson) fought TRT Vitor. TRT Vitor … when we go down over eras, of the greatest most impressive fighters, there’s going to be a part of me that is sad, that TRT Vitor has to come down to an end. It’s a part of me that’s very sad. I mean, I see the argument that it’s unfair …but, goddamn TRT Vitor, that era, that’s what I’m going to call it forever. If you look at those TRT fights, look at the fight with Luke Rockhold….”

“Dan Henderson, Michael Bisping and Luke Rockhold, those are the TRT Vitor fights, that is the TRT Vitor era — one of the most impressive fighters of all time. Those three fights, those are fucking spectacular victories. Three absolutely spectacular victories … those fights I think, goes down in history as some of the most impressive performances ever.”

“TRT Vitor, who’s been fighting since ’97, was about to fight Chris Weidman for the title. Way before a lot of these dudes, and everybody’s burned out, TRT Vitor is fucking throwing wheel kicks.”

On the latest edition of his famed podcast, ‘The Joe Rogan Experience’, UFC commentator Joe Rogan, touched on the recent ban of TRT and what that means for a dominant athlete like Vitor Belfort.

Is the Belfort era over?