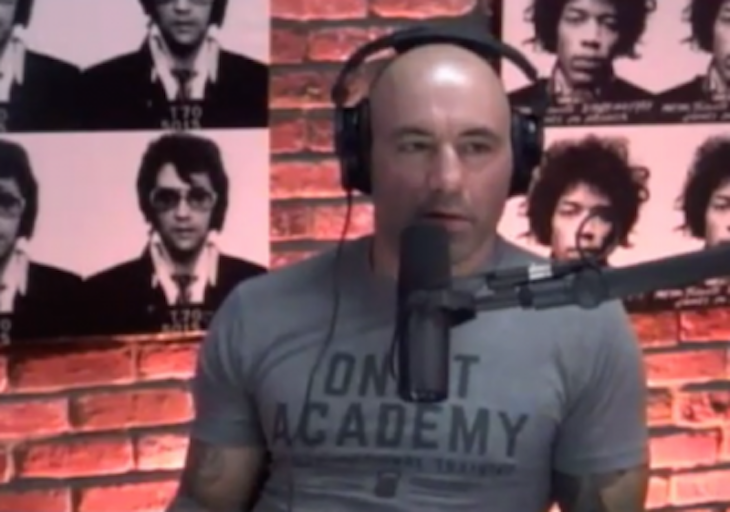 Martial arts expert, and longtime UFC commentator Joe Rogan is never one to shy away from giving his honest opinion, and he did just that when discussing the future fighting career of CM Punk, also known as Phil Brooks.

Brooks, who has never competed in an amateur or professional MMA bout, will be making his UFC debut sometime in the future. With no date or opponent set, Joe Rogan believes Brooks needs at least a year before stepping into the Octagon.

“Business? It depends on what your business is. This is what I believe, honestly. All bulls**t aside. Your business is the Super Bowl of mixed martial arts. Your business is the best fighters in the world. What this is, is an opportunity like James Toney was, to showcase how ridiculous our ideas are about these athletes that have never competed in MMA in comparison to a true, legitimate MMA fighter. But I don’t think that’s going to happen in this fight.”

Rogan compared the signing of Brooks to when Randy Couture fought, and destroyed, James Toney, an elite level boxer, in the UFC.

“His idea is that he can do this as a challenge and that he wants to jump in and give this a shot, but I would tell him, if he was my friend, and supposedly he’s very wealthy, I would tell him the same thing I would tell [former UFC heavyweight champion] Brock Lesnar, if I ever had Brock Lesnar alone before he started his career, if he asked me, ‘What should I do?’

“What I would do is bring you to f***ing Holland. If I had a guy who was a multi-millionaire, I would bring that guy somewhere you’ve got a bunch of people that are the elite of the elite in whatever discipline. I’d bring them to [Eddie Bravo’s] 10th Planet Jiu Jitsu to have him learn Jiu Jitsu. ‘Dude, you’re going to train here every day for a year before we even think about you fighting someone on f***ing TV in a cage.”

“I want to see guys get you in side control, get you in a mounted crucifix. Ready? Escape. You’ve got to do that every f***ing day. I want to see what happens when someone puts you on your back. Can you threaten off your back? Can you get back up? What’s your half guard like? Do you have a lockdown? Or one of these stupid 1994 half guards where you’re just flopping your legs around?

“What are you doing? Are you doing the best, go-to s**t when you’re in bad situations? No. Then why are you in the UFC? It’s two thousand and f***ing 14. You need to be at ‘Mom & Pop F***ing MMA’ in Bismark South Dakota or wherever the f**k that is and fight in some small shows. You need to get some seasoning. Some experience. You need to start slow.”

“You need to start working on mechanics. Have a guy like a [Blackzilians head striking coach] Henri Hooft or a [9X kickboxing and Muay Thai world champion] Rob Kaman going over mechanics with you where you’re doing slow motion drills.

“You’re throwing left hook, right leg kick and he’s going to go, ‘No no no, pivot, pivot.’ They’ll show you over and over again. You should be doing that s**t forever. You shouldn’t be relying on simple athleticism and grit and toughness. Dropping your hands and winging punches with your f***ing chicken neck up in the air. F**k that! No! This is the goddamn UFC. You’ve got one shot at this. You should do this right. You’ve got to get skillful.”

Brooks will begin training at Duke Roufus’ Roufusport gym with Anthony Pettis, Ben Askren, and other elite level fighters as of this week.