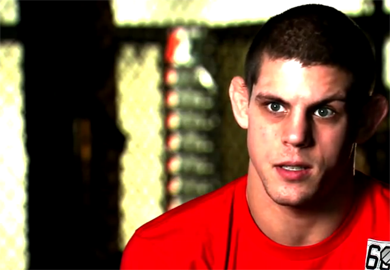 “Boxing is very straight forward – you hit the other guy until he can’t stand. How do you score this though… two guys fighting, we will call them Apollo and Rocky.

In one round, Apollo lands a TON of punches and while they are starting to take effect, Rocky stays on his feet. Towards the end of the round, Rocky lands a couple HUGE shots, and wobbles Apollo but he doesn’t go down. Now Rocky was getting beat up for 2:45 of a 3:00 round, but landed those huge shots at the end of the round. Who gets the round? Apollo for controlling and winning most of the round, or Rocky for landing the biggest and best shots of the round. It’s a tough decision, but this is just quality versus volume.

Some will say Apollo won the round and some will say Rocky. Its tough to get the same answer from lots of people though, because its subjective and you are comparing apples to oranges.

Now, same thing, Apollo and Rocky fight in an MMA match. Apollo is using his jab and beating up Rocky for most of the round, but towards the end of the round, Rocky shoots a double and works some ground and pound, passes the guard and sinks a read naked choke, but Apollo is saved by the bell. Now you have to compare standup striking and balance that against ground and pound, but also factor in a takedown and a near submission. How many punches did that takedown cancel out? How many did the submission?

Comparing apples to oranges is tough, comparing a grouping of apples, oranges, bananas, pineapples and grapes is even tougher when nothing matches up. Decisions suck. Always fight for the finish, and don’t let someone else have any influence on your winning or losing.”

UFC lightweight and fight night bonus hoarder, Joe Lauzon took to the world renowned Underground forums to give his take (above) on how fighters can fix the terible state of judging in MMA.

The CSAC Executive director recently gave us his take, but now we have Joe’s and honestly the man they call J-Lau, hit the nail on the head.