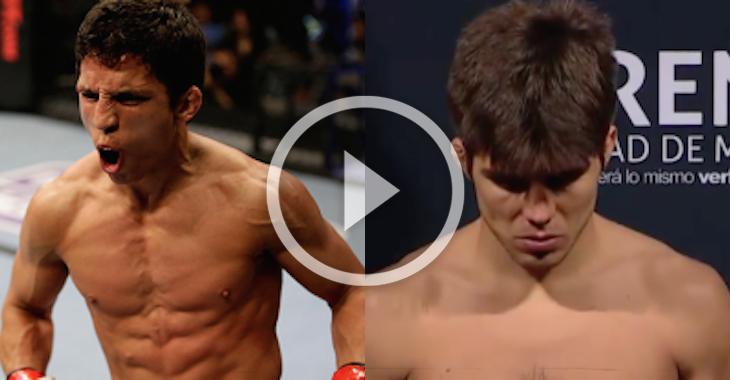 Team Alpha Male’s Joseph Benavidez will be fighting Ali Bagautinov on October 3, 2015 at UFC 192. Before that was made official, it was expected and even at one time reported that he would be fighting olympic gold medalist Henry Cejudo.

That was until, according to Benavidez, Cejudo decided to decline two separate dates for the fight, thus causing it to fall apart.

On Tuesday’s episode of Stud Show Radio, Benavidez explained the whole situation and insists that Cejudo is just afraid to get in there with him.

“He said he wanted to fight me. That’s the thing, like if you said ‘hey I want to fight this guy, I want a different fight,’ that’s cool. But he said he wanted to fight me and we literally gave him two different dates, Sept. 5, which would be perfect for me, and he said no. They said alright, it has to be Oct. 3. Oct. 3 came around, they’re trying to fill up the card, and still he was like no, I want to fight in Mexico or whatever. So it’s like basically, ‘oh you mean you don’t want to fight him, cause that’s when you guys were planning on fighting.'”

“He’s scared. He turned down the fight, he literally got two different dates and turned them both down.”