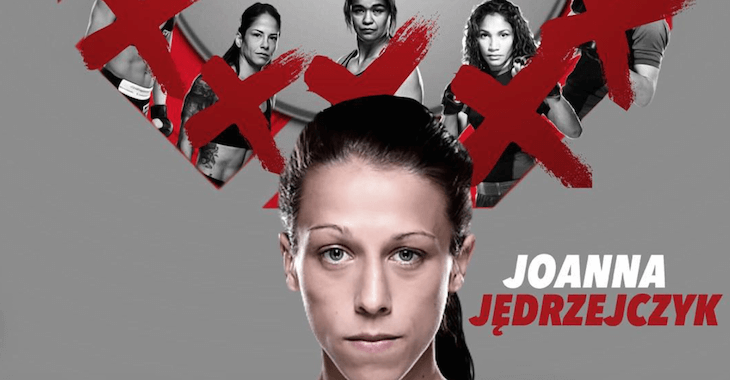 UFC strawweight champion Joanna Jedrzejczyk has been absolutely dominant, especially in her last two fights, where she dethroned Carla Esparza and beat up challenger Jessica Penne.

She’s now set to co-headline UFC 193 and will take on Valerie Letourneau, a fellow striker, in a five round scrap. Not a lot of fans know much about Letourneau, but Joanna has spoken and said her opponent fully deserves the title shot. However, if Joanna shows up like she did the last few fights, it’s hard to imagine anyone taking her out.

The champ took to Twitter and shared an intimidating picture, showing all her past opponent with red X’s over their faces.

Oh and Letourneau’s on there too, also with a red X. Foreshadowing?