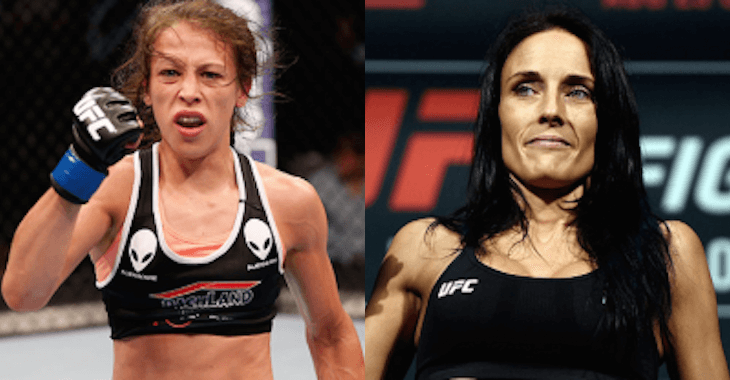 UFC strawweight champion Joanna Jedrzejczyk will go for her second title defense when she takes on Valerie Letourneau in the co-main event of UFC 193, which will take place on Nov. 14 in Melbourne, Australia.

Announced by Dana White on the UFC’s ‘GO BIG’ launch event, Joanna will look to take out another challenger on the same card as Ronda Rousey. This will be the first time in history that there will be two womens title fights on the same card.

Rousey will take on Holly Holm in the main event and the UFC is looking to break the all time attendance record.

It was expected that Claudia Gadelha would be getting a rematch with Joanna, but Dana revealed that her hand is still hurt and she isn’t able to compete yet.

So, do you think the UFC will break the attendance record, and will both champions walk out of Australia with their belts?