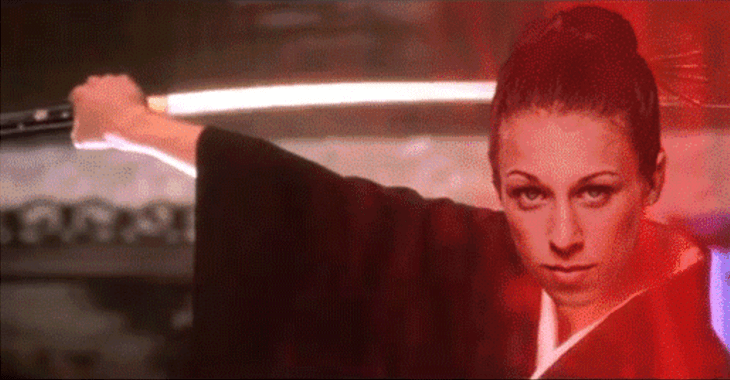 Check out this fan made gif of UFC strawweight champion Joanna Jedrzejczyk
starring in her own version of Kill Bill. Other faces from the UFC are seen including Joe Rogan and Dana White with their hilarious expressions in the edit.

The UFC strawweight champion successfully defended her title against Valerie Letourneau at UFC 193 this past weekend. Jedrzejczyk set two new UFC records in her title defense. Letourneau who showed great talent and grit in the title fight went up two spots in the UFC rankings despite the loss.