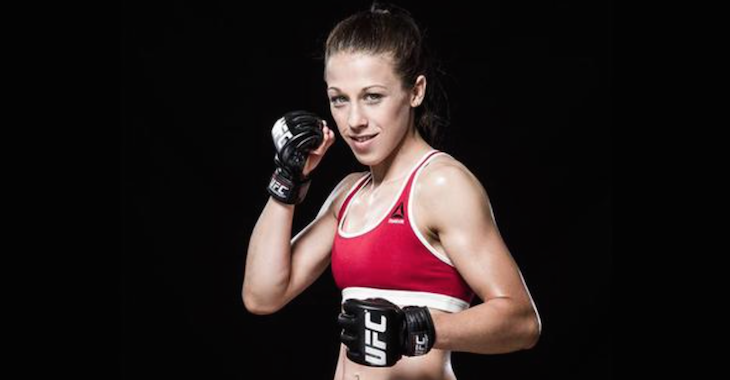 Of course, Reebok will be the official apparel sponsor for everyone inside the octagon soon because of the sponsorship deal it inked with the UFC, but they have also chosen to give stand-alone deals to a small group of fighters. Joanna confirmed the news on her Twitter, unveiling a picture of her in Reebok gear, saying she’s proud to join the Rebook team.

Jedrzejczyk is coming off of a total destruction of Jessica Penne at UFC Fight Night: Berlin, where she defended her title for the first time. Do you think the champ is going to become a major star?