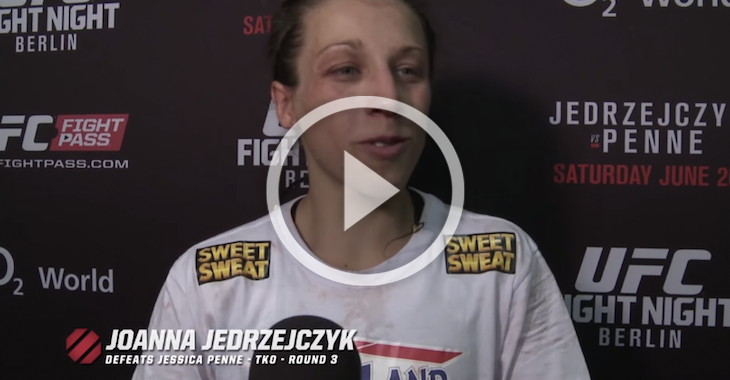 UFC Strawweight Champion Joanna Jedjzejczyk dominated Jessica Penne at “UFC Fight Night 69” in Berlin this past Saturday. Jedjzejczyk was able to sneak through the guard of Penne and pepper her with shots in the third round until the referee stepped in to wave the fight off. UFC caught up with Jedjzejczyk after her victory inside the octagon backstage at O2 World.